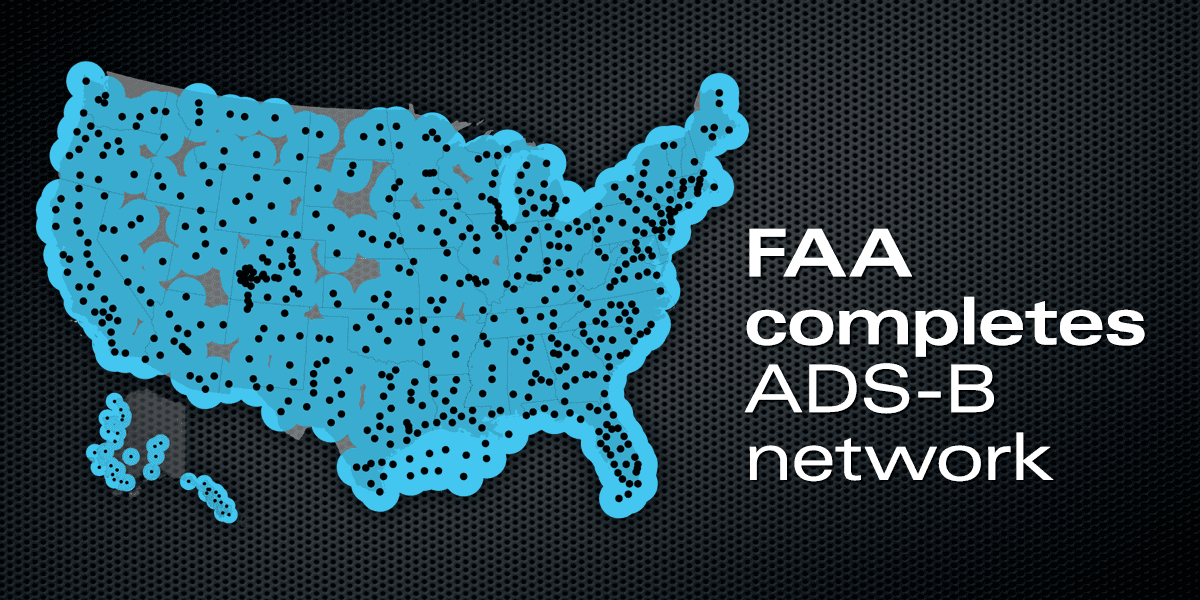 In a rare case of a government agency hitting a deadline (well, almost), the FAA announced this month that the nationwide network of ADS-B ground stations is complete. This system forms the backbone of the FAA’s NextGen Air Transportation System, a new approach to Air Traffic Control.

For iPad pilots, the big news is that these ground stations are the same ones that transmit free weather and traffic information to portable ADS-B receivers. Coverage is now available almost everywhere radar coverage is available, and even reaches to the ground at some airports.

The map below shows the locations of all ADS-B ground stations in dark blue. The lighter blue circles estimate coverage at 1500 ft. AGL. Note that coverage gets even better as you climb higher, so at 8000 ft. (for example) most of the small gaps fill in. However, since ADS-B is based on line of sight, mountainous terrain can reduce coverage in the West.