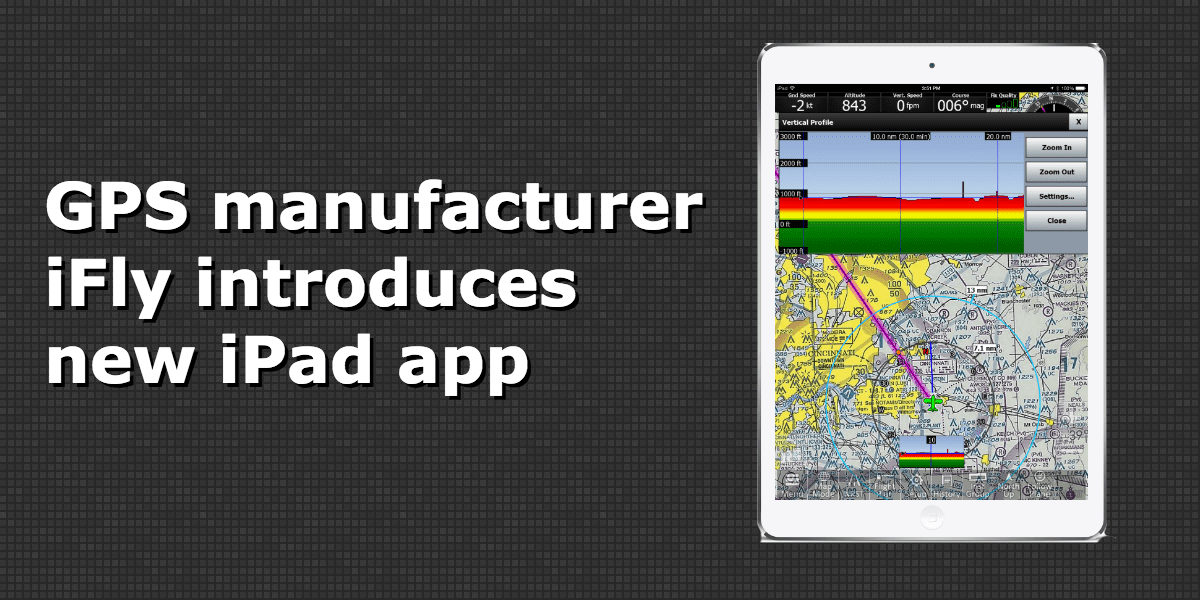 Adventure Pilot has established a small but loyal following over the past few years with their line of low-glare and easy-to-use portable GPSs. Now, the company has made the leap into the app world with the iFly GPS app for the iPad.

Does the world really need another moving map app? Probably not, but Adventure Pilot deserves credit for taking a different approach. The app mirrors the user interface of their dedicated GPS units, which is very flat–there is no menu page like WingX, and while there are buttons at the bottom of the screen like ForeFlight, there aren’t different pages so much as different overlays to the main map page. The end result is that you fly with a moving map page at all times, and select different options to modify the layout.

The app includes all the features you would expect from a modern EFB, including track up navigation, flight plans, complete VFR and IFR charts, in-flight ADS-B weather (with the Dual XGPS170, SkyRadar and Levil devices), plus simple database updates. But beyond the basics, there are a few interesting additions here:

Our biggest complaint has to do with the overall polish and user interface: this very much feels like an app that was copied from an existing GPS. If you’re an existing iFly user, this will be very comforting, but if you’re not you may find it fairly confusing. In addition, many of the menus and graphics are low resolution and look downright blocky on a retina display iPad. The panel page, for example, does not compare favorably to Garmin Pilot’s.

Overall, we found iFly GPS to be an interesting addition to the app market, and one to watch in the future. But we doubt many Garmin or ForeFlight pilots will be switching to it.

The app is available as a free download in the App Store. To unlock full features including chart downloads, a subscription is required. This costs $69.99 for VFR pilots and $109.99 for IFR pilots; existing iFly device owners can add a subscription on their iPad for only $19.99.

How to lock the iPad chart screen in flight