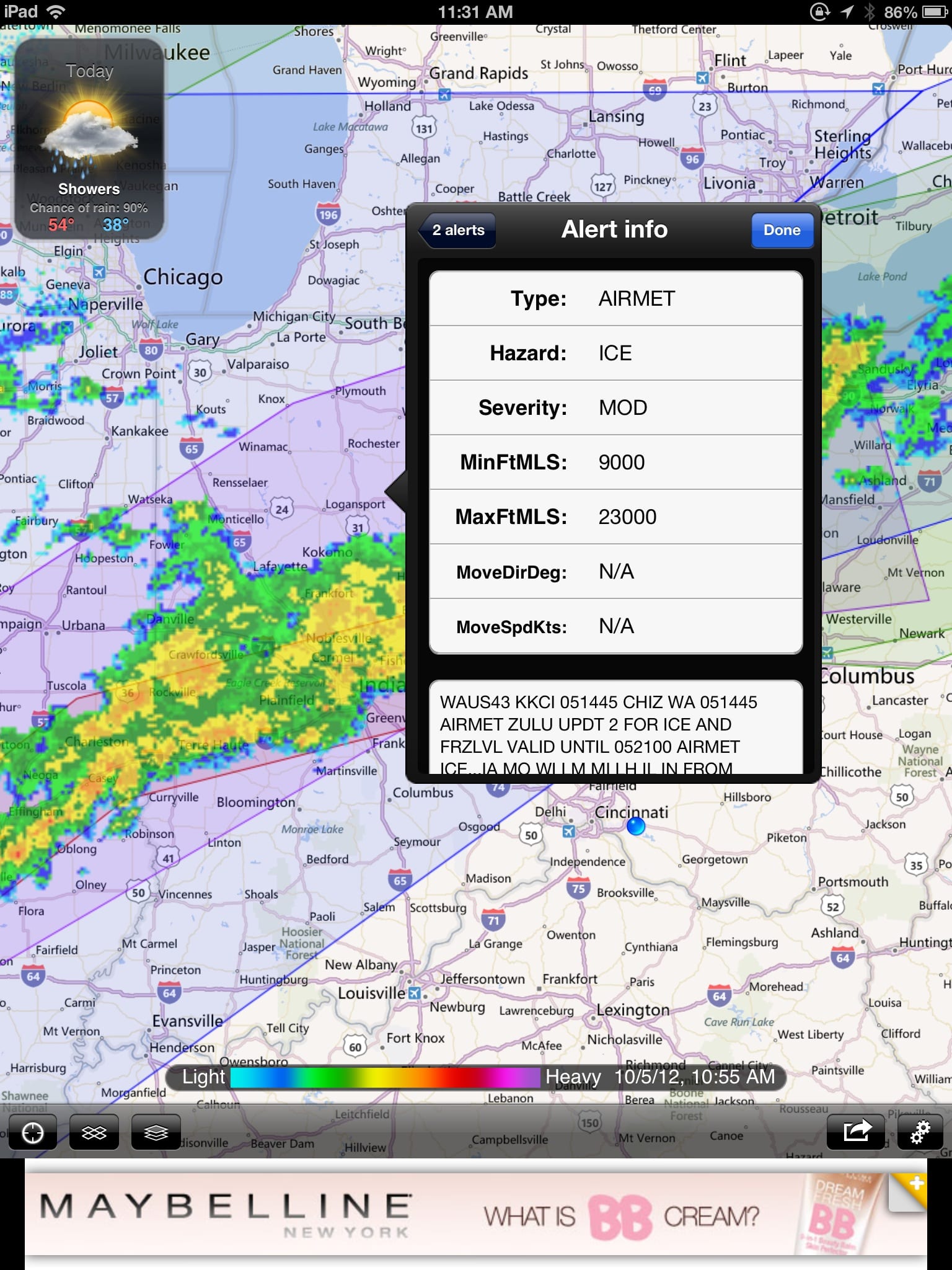 MyRadar has been one of our favorite free radar apps for a long time. There’s nothing fancy here, but it works well and is easy to use. It’s a fast way to see the latest radar picture and watch it loop, and we often check it before takeoff when thunderstorms are around.

Recent upgrades have made this an even better app, with new features just for pilots. Version 2.5, which was released this week, added optional layers for SIGMETs and AIRMETs. Tap on these and you can see a convective SIGMET on top of the latest radar picture, which is great for preflight planning. Tap on a graphical SIGMET or AIRMET for complete details, including altitude.

In addition, MyRadar now lets you overlay your airplane’s route on the radar map. Just enter a tail number and the app will display your next route when you file a flight plan.

Other layers include a satellite image and city forecast, and all of these layers can be viewed on a road map, base map or aerial photo map.

Fore a free app, there’s a lot to like about MyRadar. There are some small banner ads at the bottom of the screen, but these don’t get in the way (and can be removed for $1.99).

Get the app here.

Use the Reminders app for maintenance tracking
Scroll to top