Blog - Latest News
You are here: Home1 / News2 / Why you should update your iPad to the new iOS 6 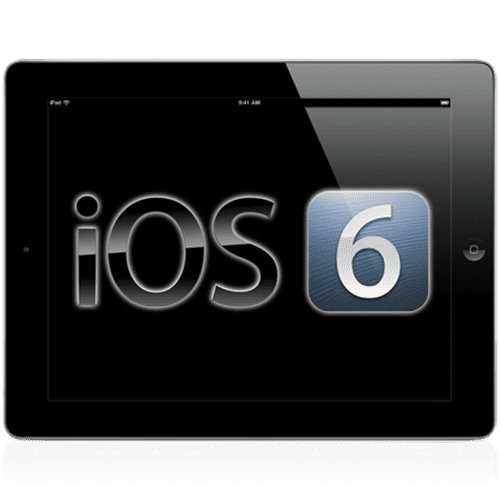 Apple released the much-anticipated iOS 6 software update yesterday for iPhone, iPad and iPod Touch. This free update is centered around adding new features and capabilities to the device, meaning you’re not going to have to relearn how to use the iPad after the update. In fact there are over 200 new features in iOS 6, according to Apple, and several will be particularly useful to pilots. Let’s first look how to perform the update. 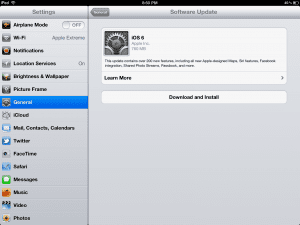 You can update your iPad’s software directly from the Settings app.

How to update to iOS 6

When Apple released iOS 5 last year they added a new feature called Over-the-Air Updates, meaning you no longer need to connect your iPad to a computer running iTunes to install an update. Instead you just go to the Settings app on the iPad and download the update over WiFi. Best of all the device retains all your settings, media and apps, so you don’t need to download everything again or sync to restore all your media. The update process is effortless and almost always pain-free, but we still recommend backing up your iPad to iCloud or a computer ‘just in case’ before updating. Also make sure to connect to a power source before beginning:

And that’s it. When you arrive back to the home screen you’ll notice that everything should be organized and look the same as it did before the update.  Now let’s check out some of the new features and settings in iOS 6.

While the complete list of new features and changes is too large to cover here, we’re going to highlight the big ones that you’ll be able to start taking advantage of right away:

You’ll also notice that the standard Apple YouTube app is now gone. Google has developed a brand new version of the app, and you can download it free from the app store.

With the addition of all these great new features this update is almost a no-brainer. We’ll add our typical disclaimer that you should first verify that your favorite apps run OK on iOS 6, but we haven’t seen any yet that show cause for concern. In fact the ForeFlight Mobile and Garmin Pilot apps have already been updated to support iOS 6, and the current version of WingX seems to run just fine. Let us know if you come across any other new features beneficial to pilots in the comments below. 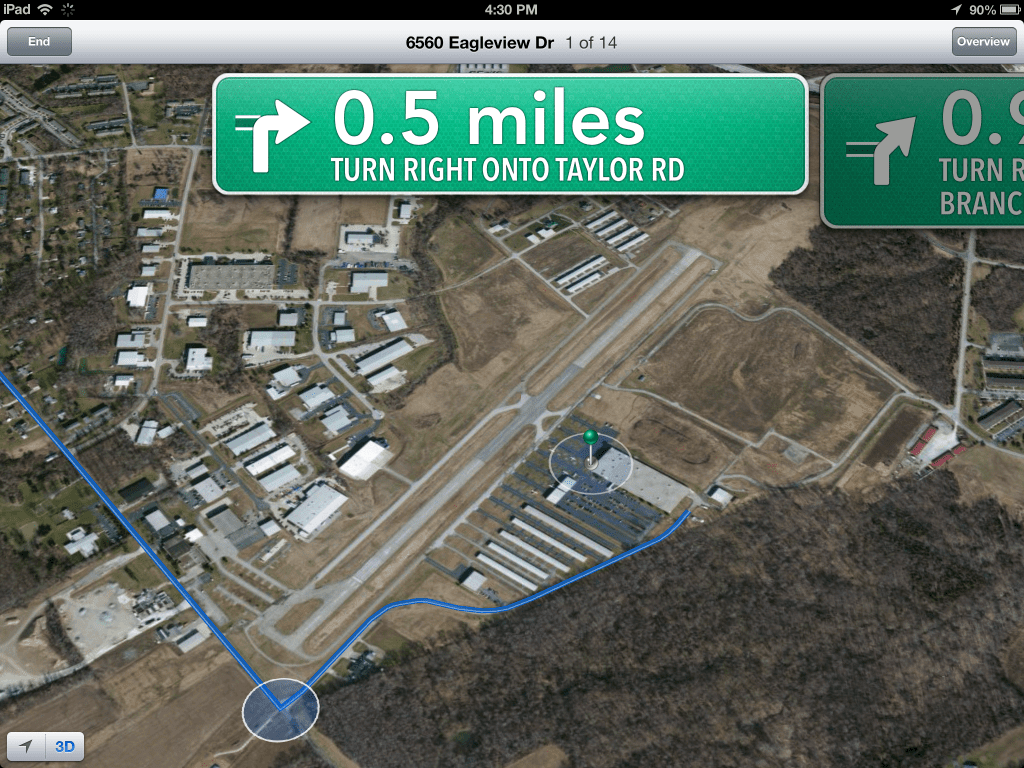 How to update your iPad apps 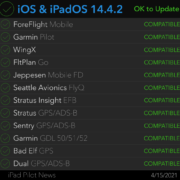 New iPads Are An Incremental Improvement For Pilots
17 replies

How to make Plates binders in ForeFlight

How to configure iPad wireless settings during preflight
Scroll to top