ForeFlight also introduced a new concept called “ForeFlight Labs”, designed to bring new innovative features for pilots to try out in the app before they are officially released. The first new Lab feature is called Taxi Routes and is designed for use on the ground to quickly draw your taxi clearance on the airport diagram at larger airports.

Text winds and temperature aloft forecasts provide useful data for specific points along your route and are of great assistance when flight planning and to help determine the freezing level. The downside of this forecast data is that the text formatting makes it difficult to visualize wind and temperature trends over a larger area. ForeFlight’s latest map overlays aim to improve this, by taking this raw data and displaying it on the moving map using dynamic animations and a useful color-coding.

To enable this view, open the Map Layers Menu and select either the Winds (Temps) or Winds (Speeds) option. 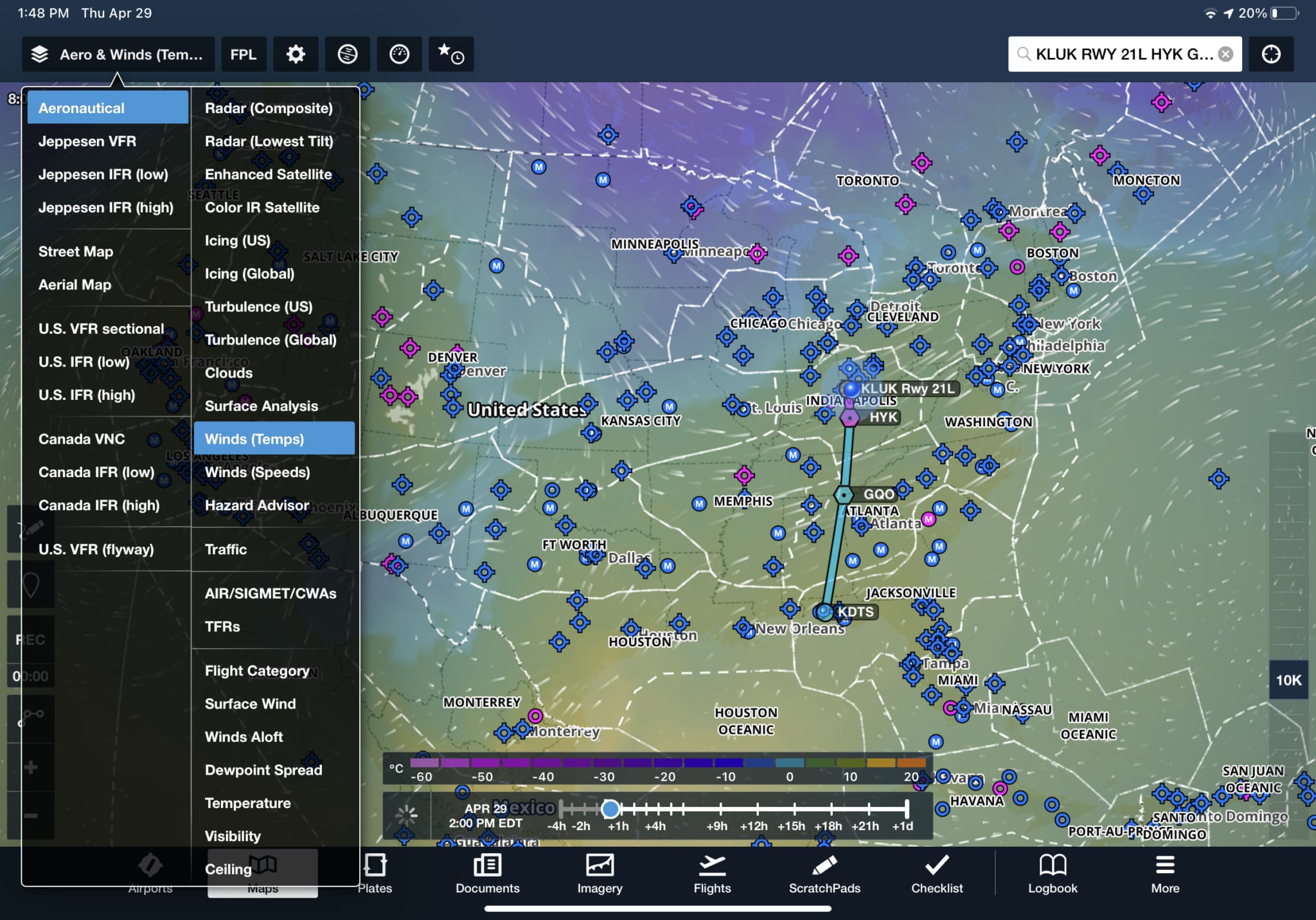 Both of the new layers will display the same animated wind motion particles. The difference between the two layers is the type of color-coded overlay shown on the map. The Winds (Temps) option displays a graphical temperature overlay using traditional warm and cool coloring.

Like with other map layers, you can adjust the altitude of the forecast data using the slider on the right side of the screen and adjust the time slider at the bottom to view both historical and forecast winds out to 24 hours. Tap any point on the animated map to display the sidebar window and view the specific wind direction and speed or temperature for that point on the map. 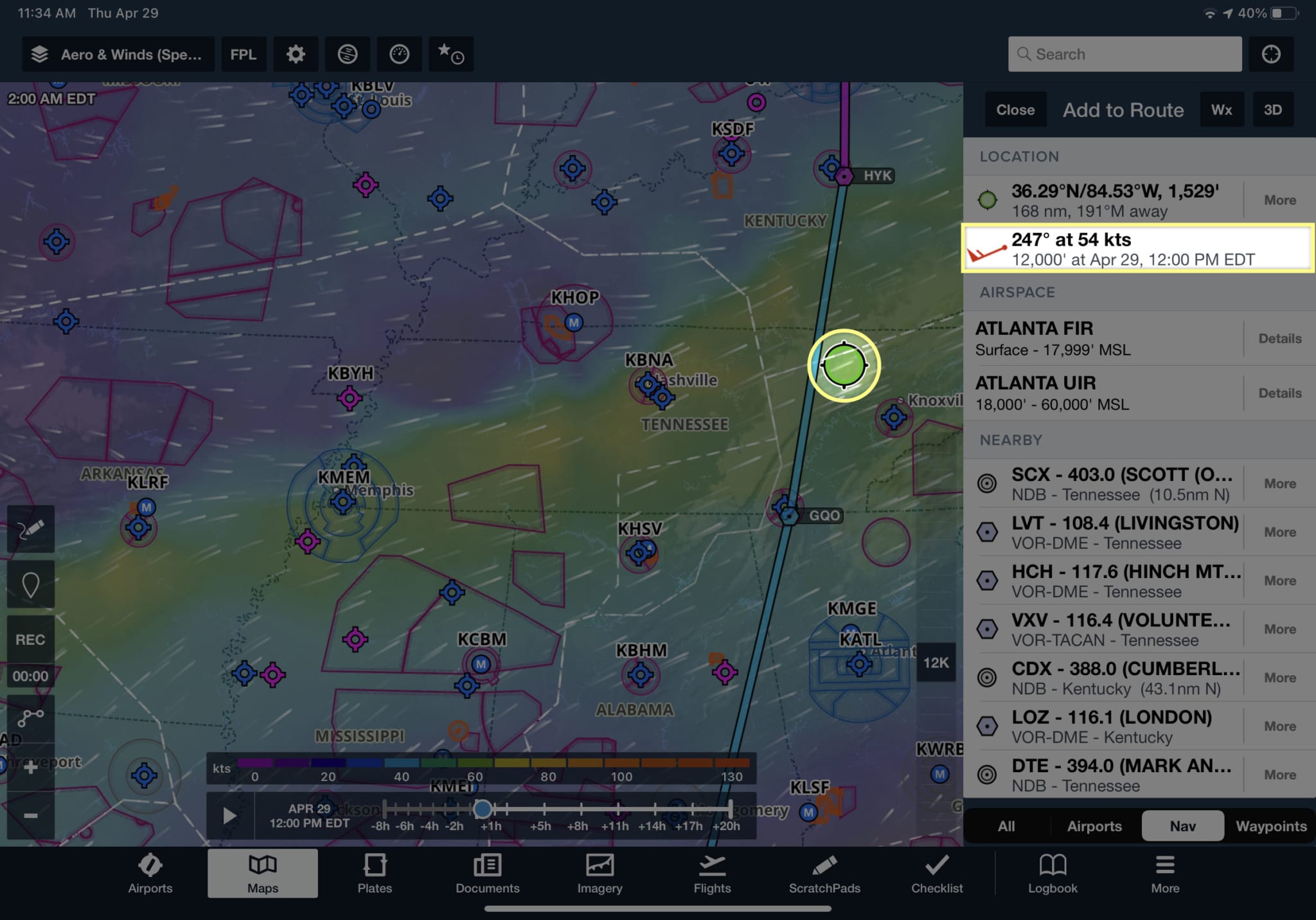 ForeFlight includes these layers for offline viewing when using the Pack feature, and saves the relevant data along your route. Both layers are included with ForeFlight Performance subscription plans.

Weather Legend on the Map

This next new feature is relatively minor but tremendously helpful. You’ll now see color weather legends on the moving map right above the time slider for each of the weather layers.

The legend appears when any of the following layers are enabled: Radar (Composite, Lowest Tilt, ADS-B, Sirius XM), Enhanced Satellite, Color IR Satellite, Icing and Turbulence (US, Global, ADS-B, Sirius XM, 557WW), Clouds, and the new Winds (Temps) and Winds (Speeds) layers. You can disable the legend by deselecting “Map Legend” in the Map Settings menu. 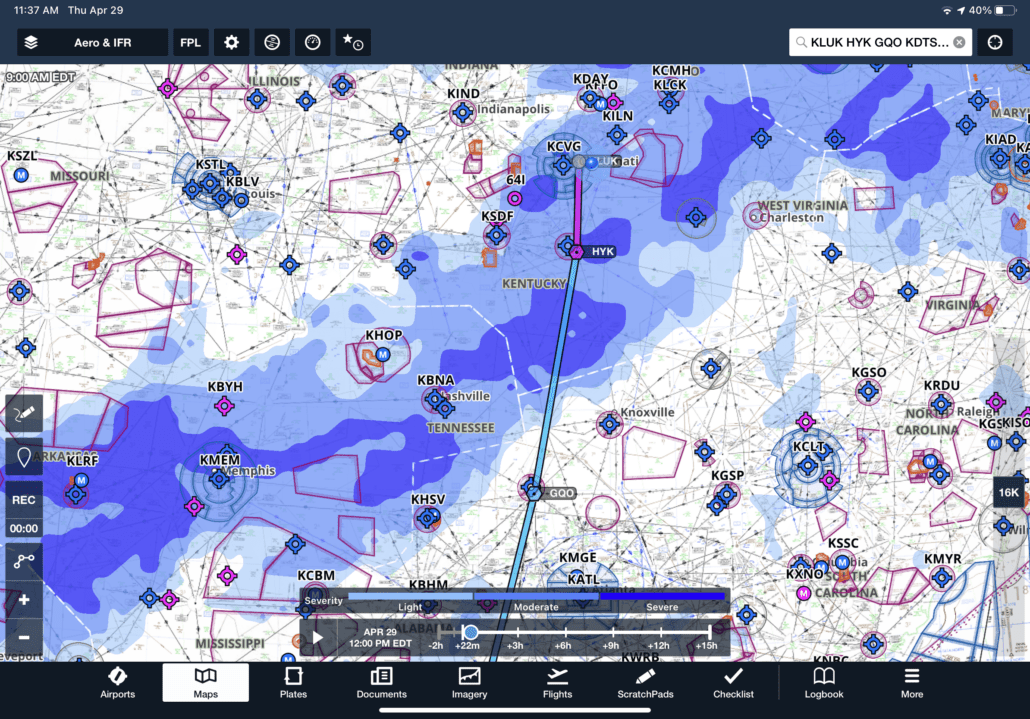 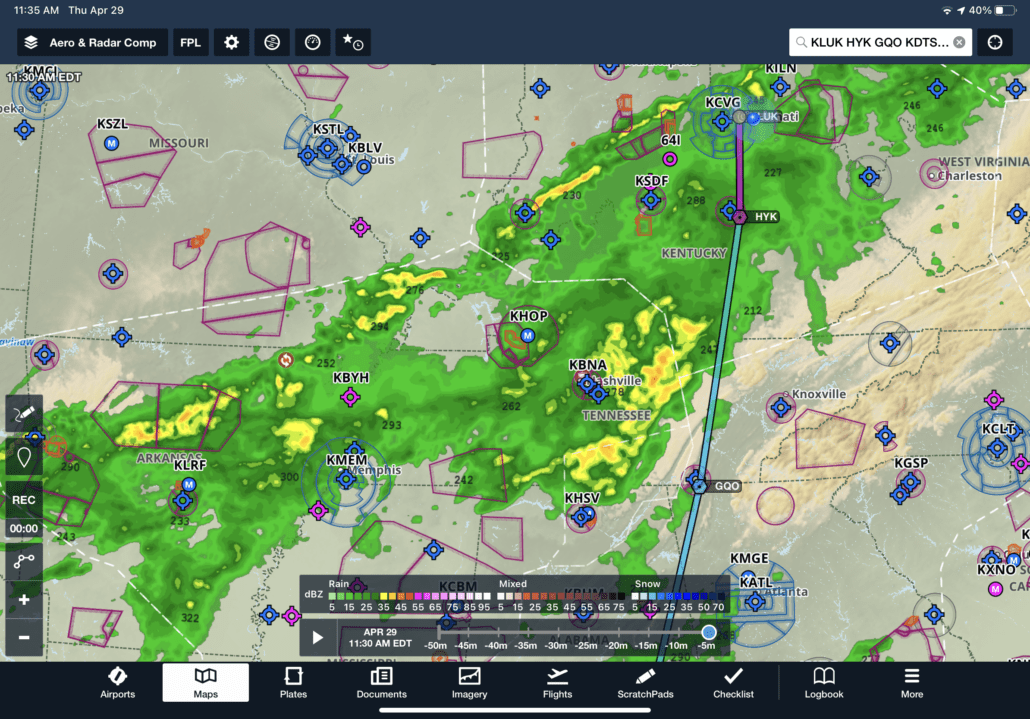 ForeFlight’s 3D airport view provides a modern, innovative way to become familiar with the lay of the land before flying to a new airport. The latest update adds a new night view option, selectable from the day/night toggle in the bottom right corner of the 3D airports view and displays realistic runway lights in a darkened view. 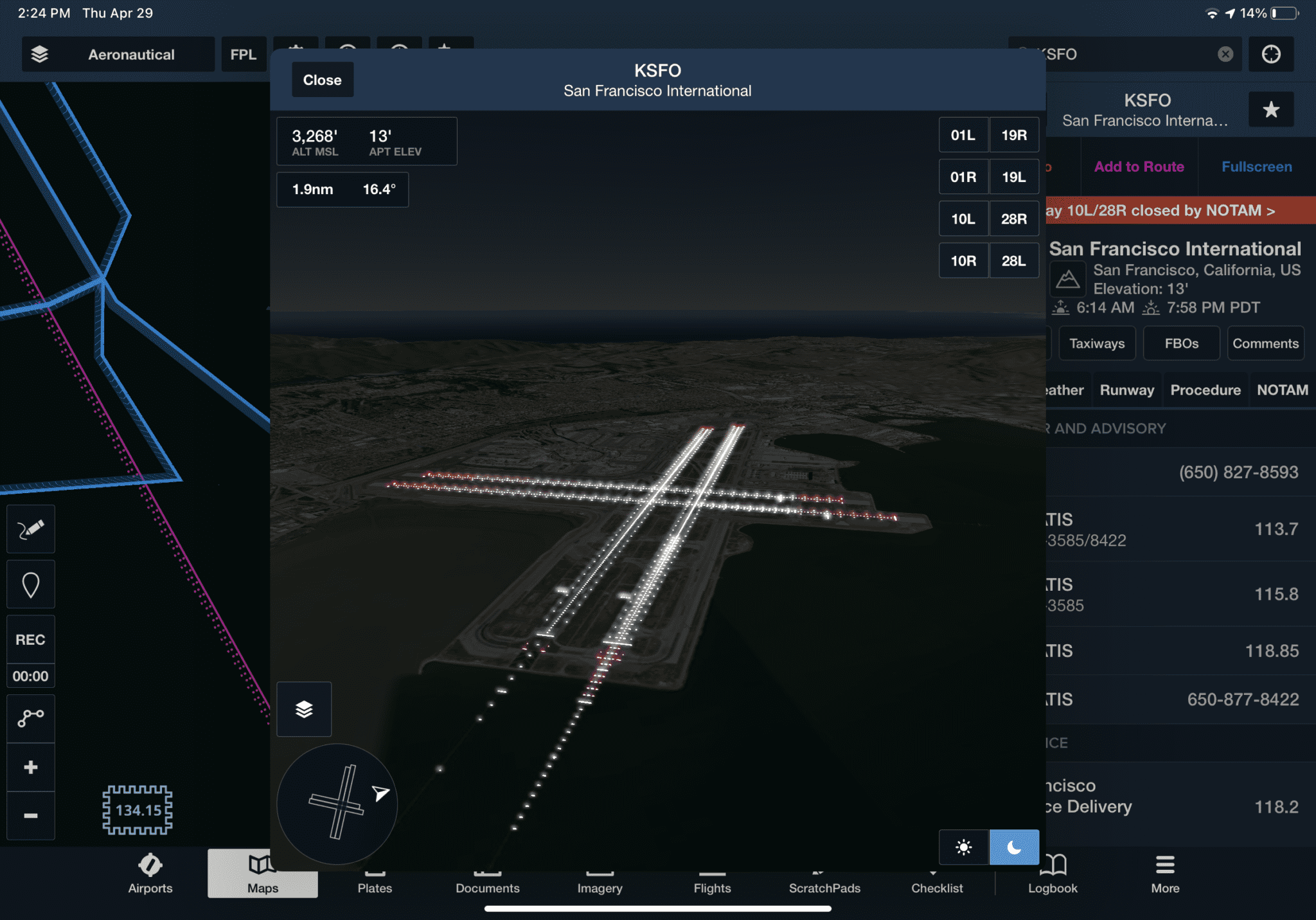 ForeFlight introduced an exciting new program with the latest version called ForeFlight Labs. This concept was designed to allow ForeFlight to introduce cutting-edge features in the app in an effort to get feedback before fully releasing them into the main interface of the app. For this reason, new ForeFlight Lab features are disabled by default and require you to manually turn them on in the app Settings before they’ll appear. 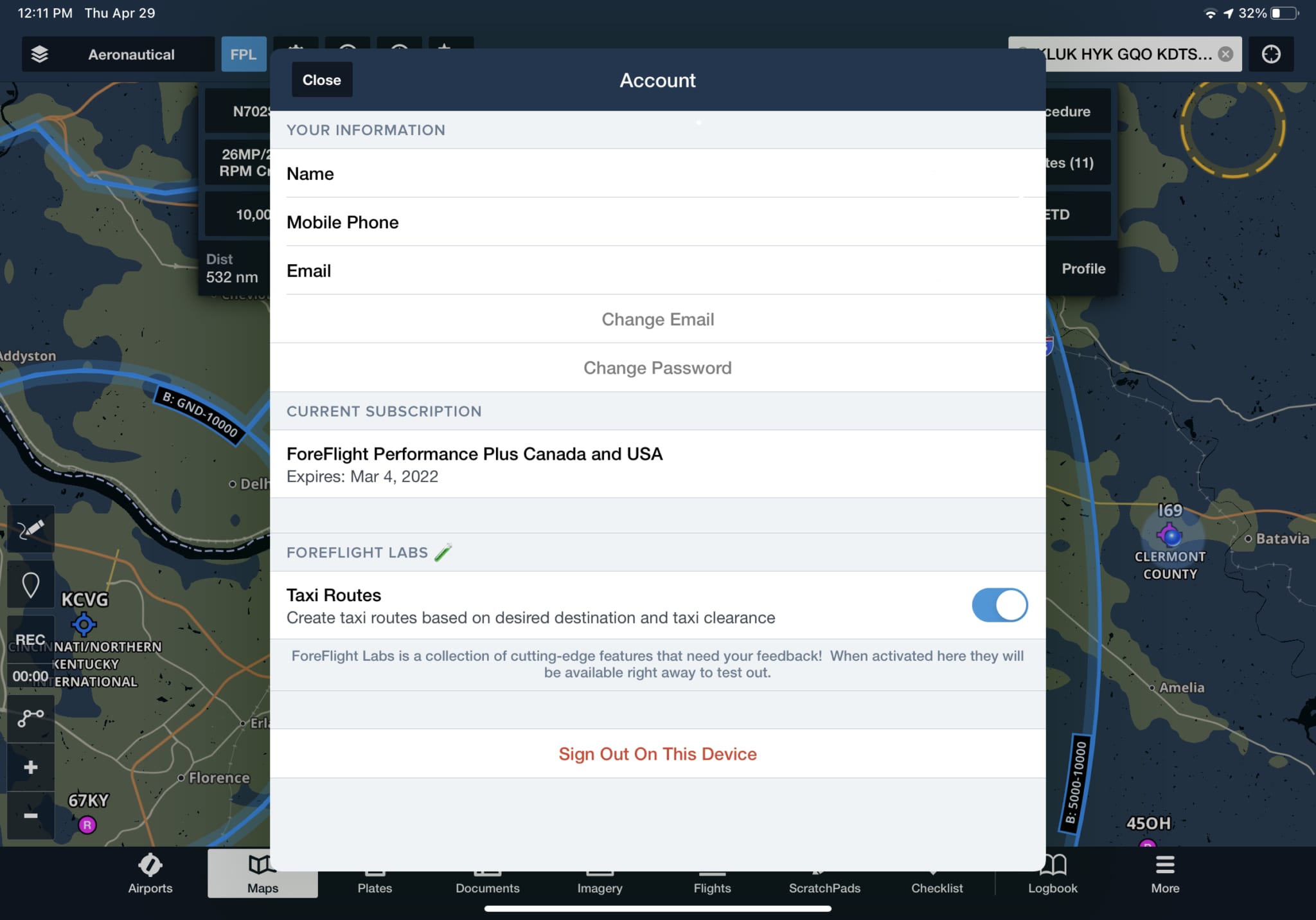 The Taxi Route displays a new window with tappable elements at the top of the screen. The idea here is you would call Ground Control for a taxi clearance and then enter it on this screen using the shortcut buttons. 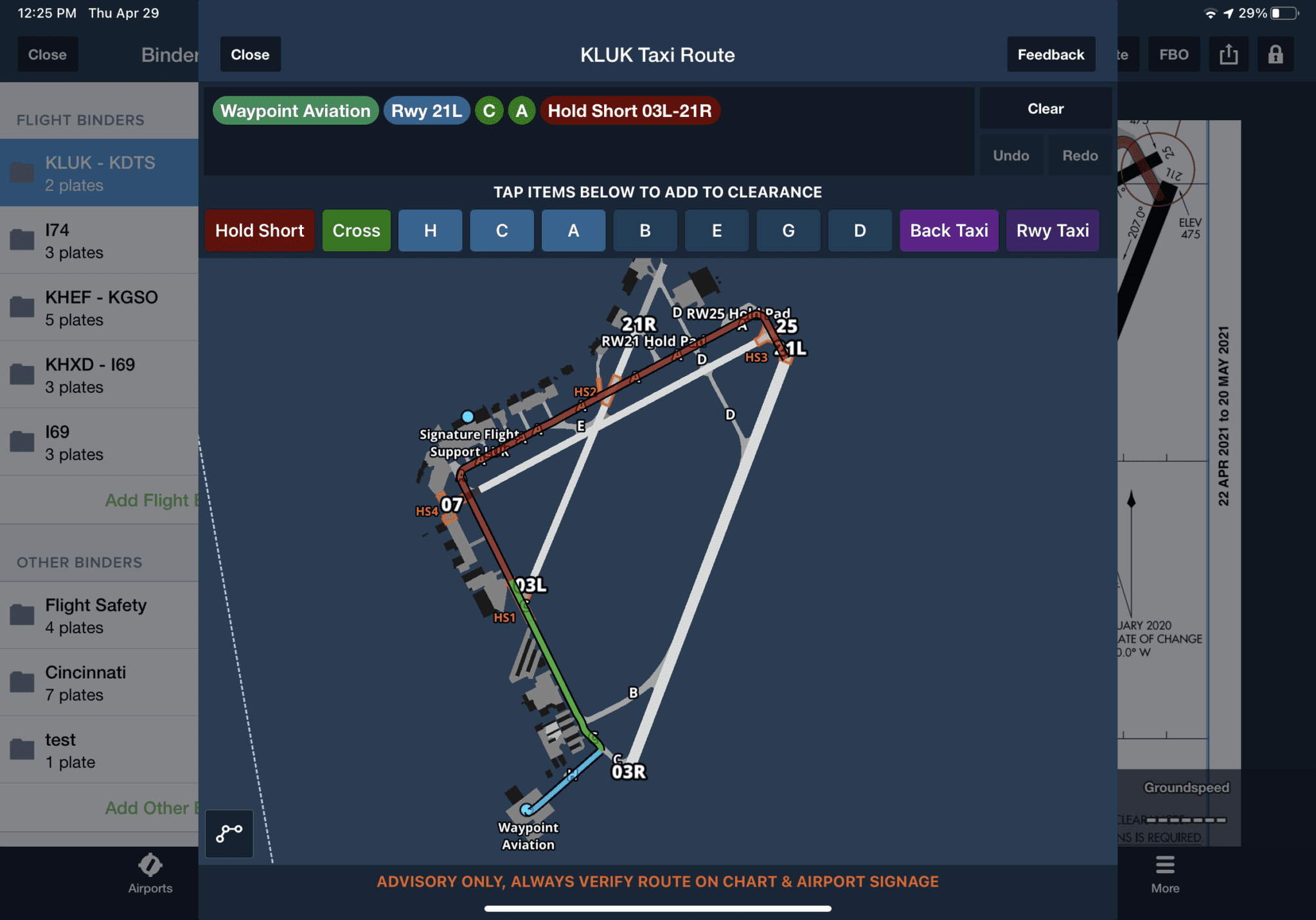 After entering a starting point like an FBO and the assigned runway, ForeFlight automatically draws the shortest route between those two points.

You can then enter specific taxiways or hold short points as needed. The app then displays color-coded route segments on each of the airport diagram screens. 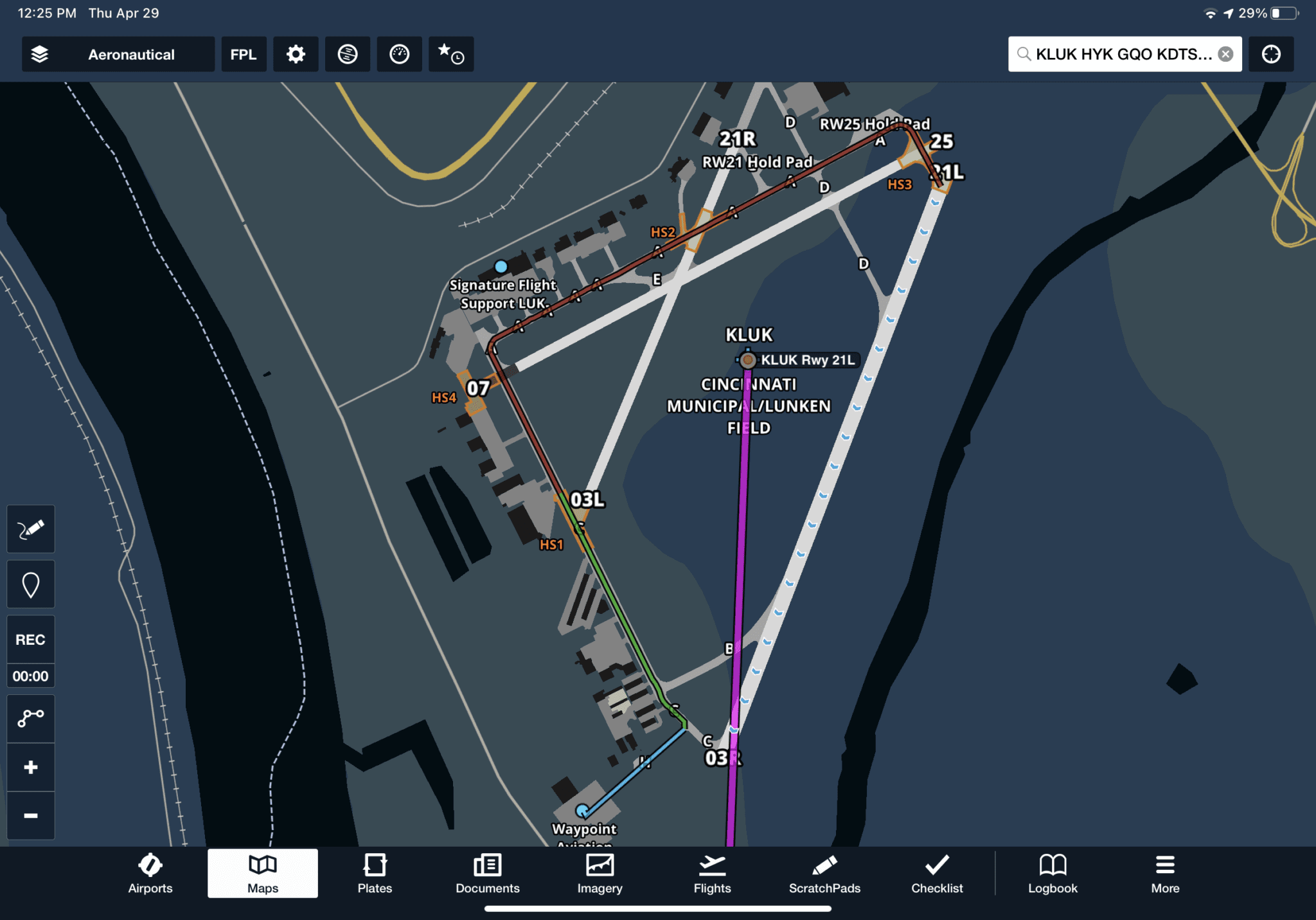 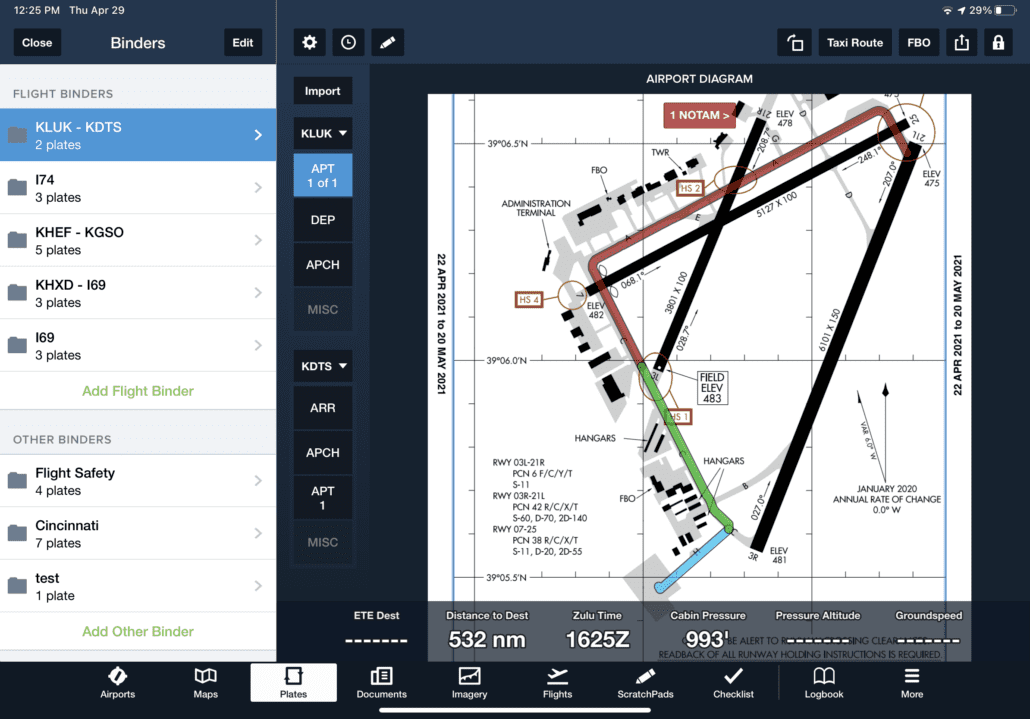 There are a lot of nuances to this feature and we’d suggest checking our ForeFlight’s instructional video on Taxi Routes to better understand its capabilities and limitations. The Taxi Routes features is available with ForeFlight Performance plans.

What else is new in ForeFlight 13.3

Here are a few more features to check out after updating to the latest version of the app.

Document Import > there’s a new “+” button at the top right of the Documents Screen which allows you to quickly import documents and images from the Camera, Photo Library and iOS Files app. On iPad you can also drag-and-drop files from other apps that support the gesture into the Imported Drive by opening both apps in split-screen and dragging files over to ForeFlight.

Download in Background > ForeFlight can now download charts and data when the app is in the background, allowing you to use other apps on your iPad or iPhone without interrupting the download process. ForeFlight can download but not install data when backgrounded, so the next time you open the app it will take a couple of minutes to install the new data before all downloads show as completed. iOS may pause the background downloads if you sleep the device while low on battery power, so you’ll want to connect to a power source if you plan to turn off the screen while downloading. 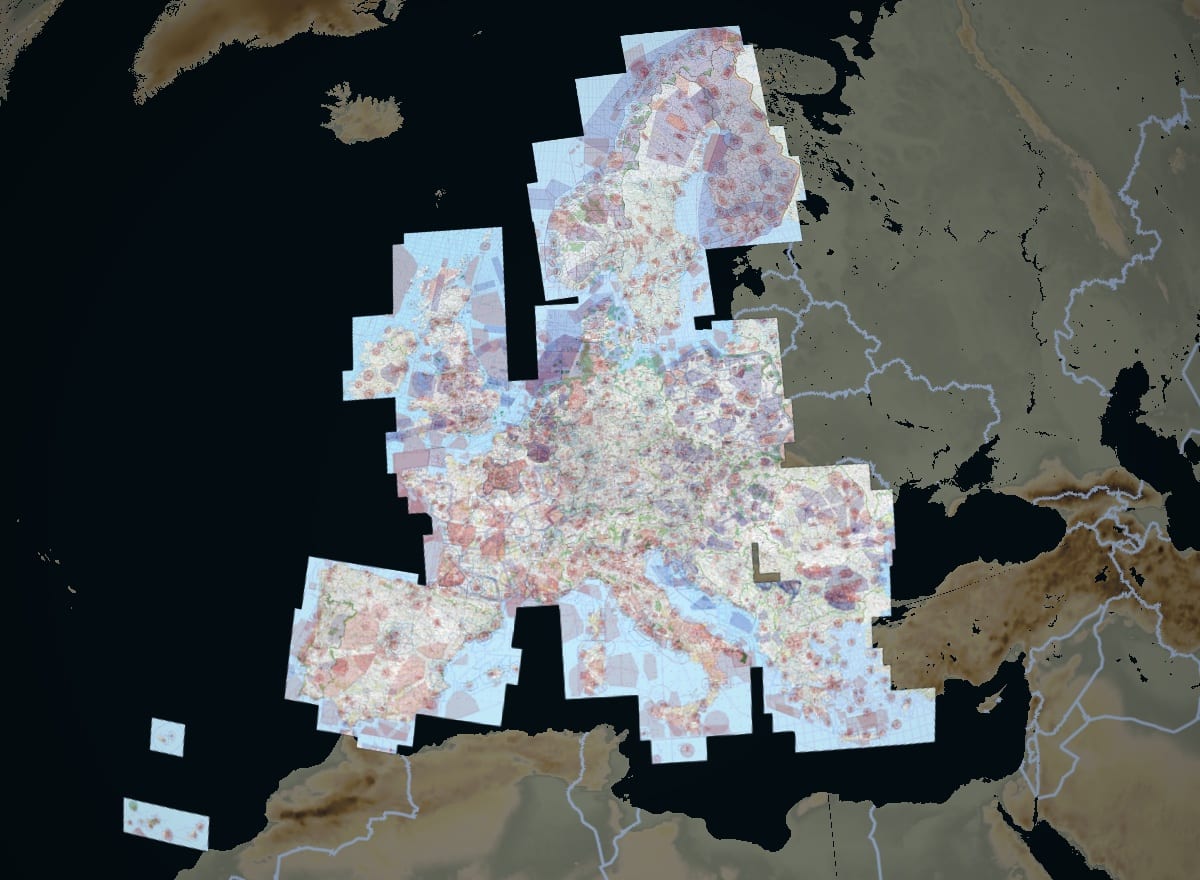 Save time with these 10 iPad gestures