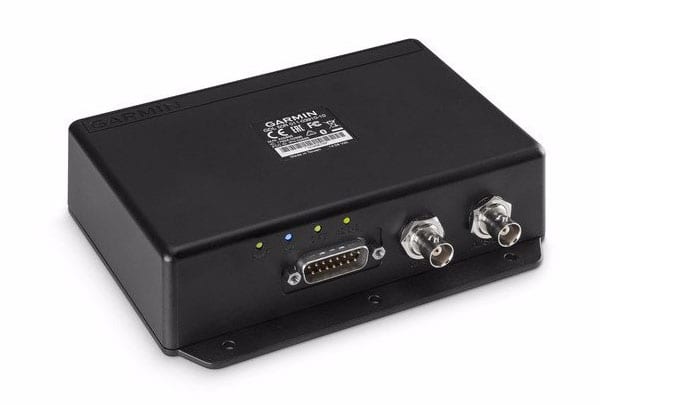 Garmin has offered a line of weather receivers under its GDL name (think “Garmin Data Link”) for years now. This began with the GDL 39, a teardrop-shaped ADS-B receiver that helped to usher in the era of subscription-free weather on mobile devices. A few years ago this was replaced by a next generation ADS-B receiver, the GDL 50, which also includes GPS and AHRS sensors. Soon this was joined by the GDL 51 (SiriusXM receiver) and the GDL 52 (SiriusXM and ADS-B receiver). 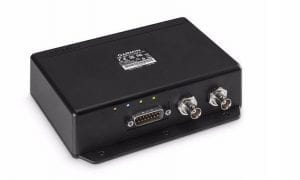 The R versions of GDL weather receivers can be permanently mounted and connected to the aircraft’s electrical system.

These three products are mainstays of the portable avionics market, offering an excellent mix of features and growing compatibility lists – now including Garmin Pilot, ForeFlight, Fltplan Go, and Garmin portable GPSs. For aircraft owners, Garmin has also offered remote-mount versions of the GDL series, essentially the same product but with no battery and robust connectors for external antennas. These are great for homebuilders, especially those installing a G3X Touch glass panel in their airplane, since they run off ship’s power and have outstanding reception with the external antennas.

Unfortunately, these boxes have lived in a gray area for certified airplanes since they aren’t technically allowed to be mounted permanently in the airplane. Some pilots tried to install them so that they were still “portable,” but this is a slippery slope. Fortunately, Garmin now offers PMA versions, called the GDL 50R/51R/52R, so they can be installed in certificated aircraft without breaking any rules. All three models are similar – about 6″ x 5″ x 1.5″ and weighing less than a pound – but have different antenna connections depending on the model. There’s a standard D-sub connector for power and data (all three), a BNC connector for GPS (all three), a TNC connector for the SiriusXM antenna (51R and 52R), and another BNC port for the ADS-B antenna (50R and 52R).

Like the portable versions of these receivers, the R models connect wirelessly via Bluetooth so pilots can view weather, traffic, GPS position, and even backup attitude on an iPad, portable GPS or panel-mounted screen. You can review the complete compatibility list below: 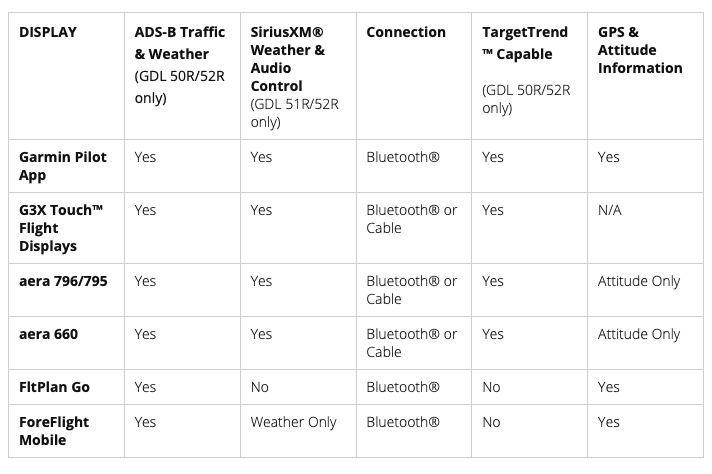 All three of the new PMA versions are now shipping:

Can you use an iPad on a check ride? We asked 3 examiners
Scroll to top