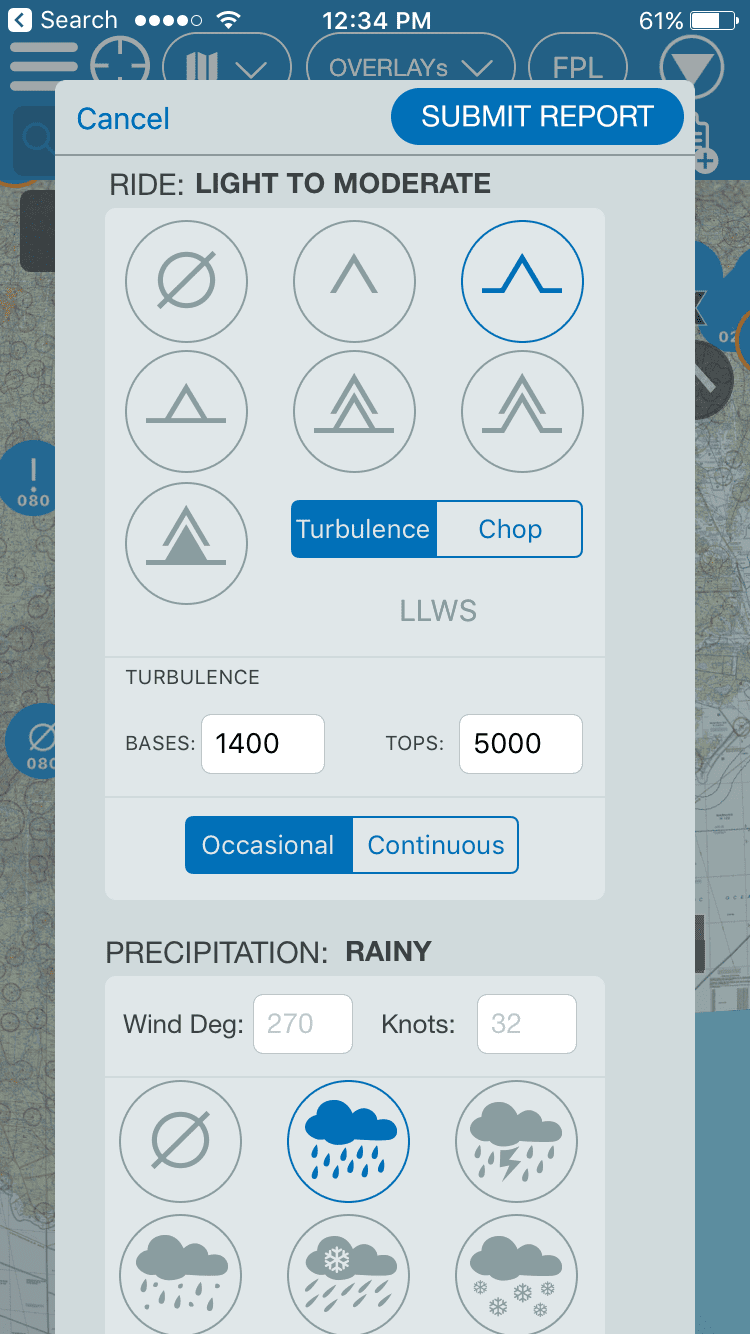 The Aerovie aviation app first caught our eye over 3 years ago, offering the ability to submit PIREPs directly to Flight Service using a simple graphical interface. Since most GA pilots aren’t flying with onboard internet (yet), the intent is for you to note the conditions when in the air and then send the report when back on the ground. This is often the only way for IFR pilots to submit a pilot report when flying in congested airspace where ATC doesn’t have time to take the info and it’s not possible for you to leave the frequency to call FSS.

Aerovie has been searching for alternative methods for PIREP submission for awhile for those unable to receive a data connection in-flight. The higher-end business jet class is beginning to adopt business WiFi, but two-way low-bandwidth communication for lighter aircraft is generally only available from a portable device. 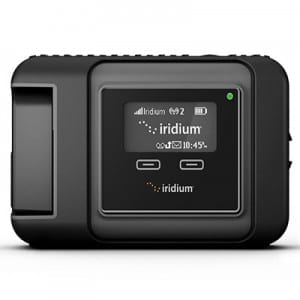 To meet this need, the latest version of the Aerovie app has been updated to support the affordable Iridium GO! satellite communicator. This portable hotspot works anywhere on the planet and allows you to make voice calls and send/receive messages using the Short Burst Data (SBD) protocol. This allows you to connect Aerovie right to the Iridium GO! and send timely PIREPs right to Flight Service, instead of trying to relay the information to ATC.

To get started, use the standard PIREP entry tool to describe the conditions:

Once connected to the Iridium GO! WiFi network on your iPad or iPhone in the airplane, you’ll see the Aerovie device icon appear on the map. Tapping on this icon will reveal a Iridium GO! status information. Notice in the screen below that a PIREP was entered but it has not yet been transmitted over LTE or Iridium. You’ll see a “1” next to the PIREP icon in the top right menu bar and Msgs in Queue: 1, which indicates 1 message over Iridium GO! is waiting to transmit: 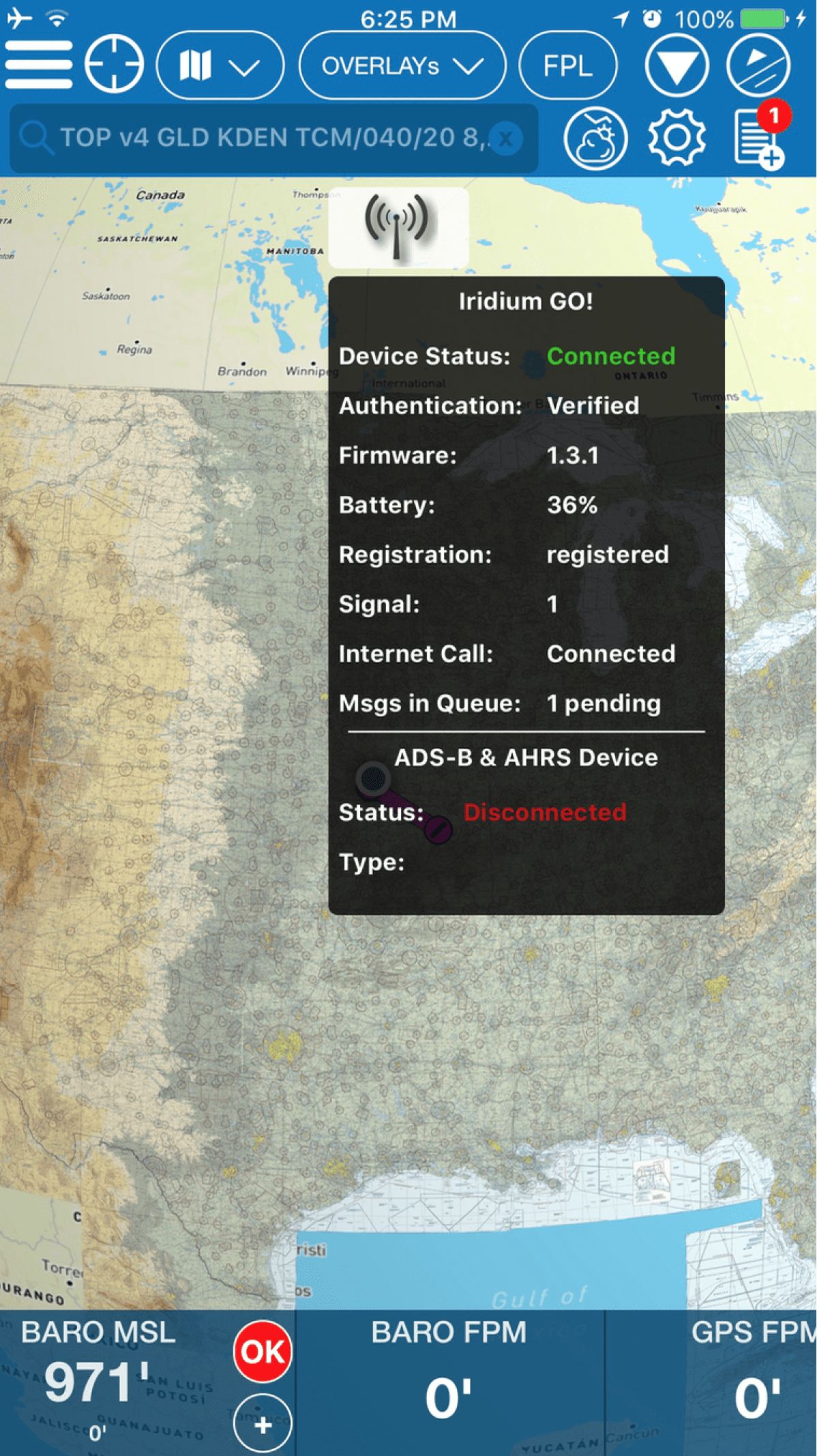 Once transmitted you’ll receive an alert indicating the PIREPs in the queue have been delivered to Flight Service: 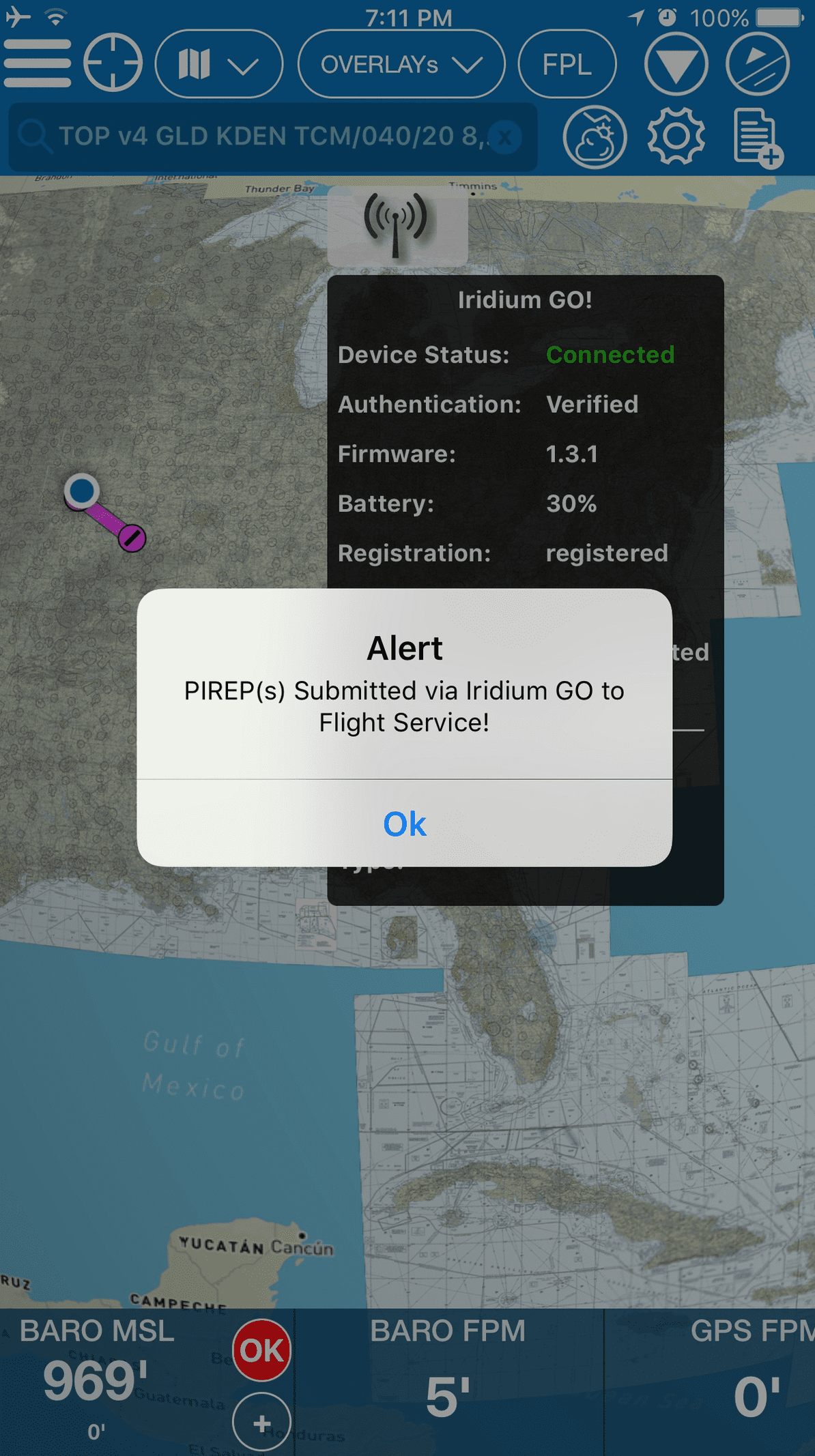 Pilot reports are one of the top sources of weather information for pilots during both preflight and while in the air when using an ADS-B or satellite weather receiver. We’ve been waiting for the day when GA pilots could easily submit detailed PIREPs in-flight, and Aerovie’s latest update brings that reality one step closer.
https://ipadpilotnews-images.s3.us-east-2.amazonaws.com/wp-content/uploads/2017/04/07172934/IMG_3647.png 1334 750 Bret Koebbe https://ipadpilotnews-images.s3.us-east-2.amazonaws.com/wp-content/uploads/2021/04/07120009/logo.png Bret Koebbe2017-06-07 13:40:242017-06-07 13:49:55Aerovie app adds ability to submit PIREPs in-flight

Creating your own iPad proficiency review
Scroll to top