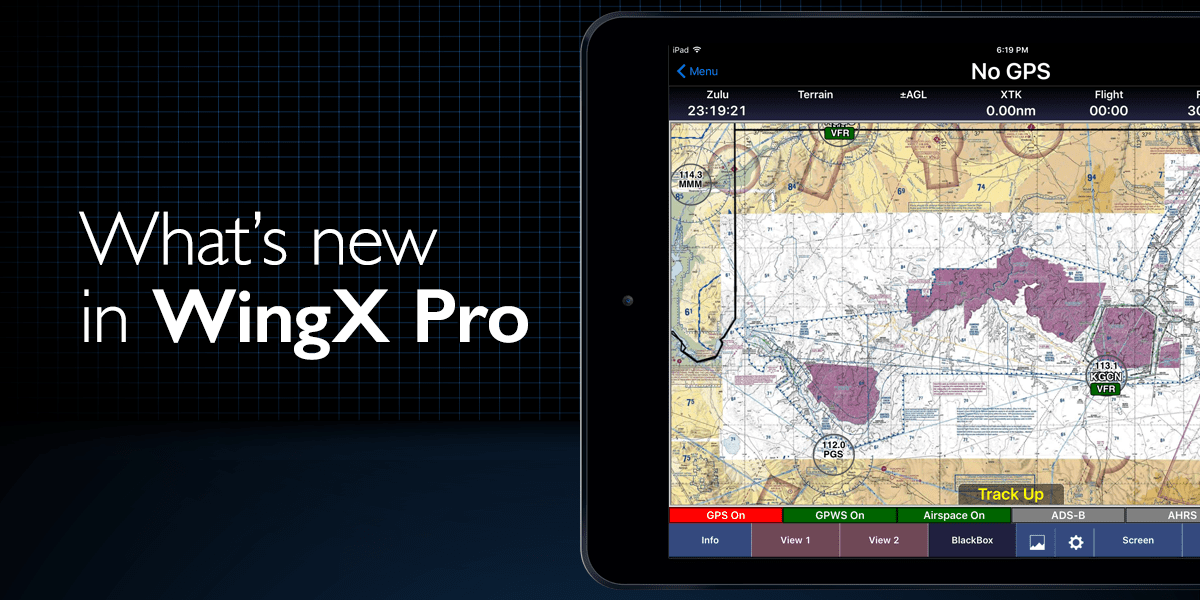 December tends to be an extra busy month in the app store as developers scramble to ship out their final release for the year. We’ve seen just about every EFB developer release a new version in the past few weeks, and WingX Pro is no exception. There have actually been 2 updates to the app recently, which focus on moving map enhancements, support for additional ADS-B receivers and bug fixes. Let’s take a look at the highlights here.

WingX Pro now allows you to add supplemental VFR charts as a separate layer on top of Sectional Charts. Options include Terminal Area Charts (TACs), Helicopter Routes, Helicopter Gulf Coast, Grand Canyon GA and Grand Canyon Tour charts. These can be toggled on or off in the VFR Sectional options menu, which is accessed from the View button at the bottom of the moving map screen. 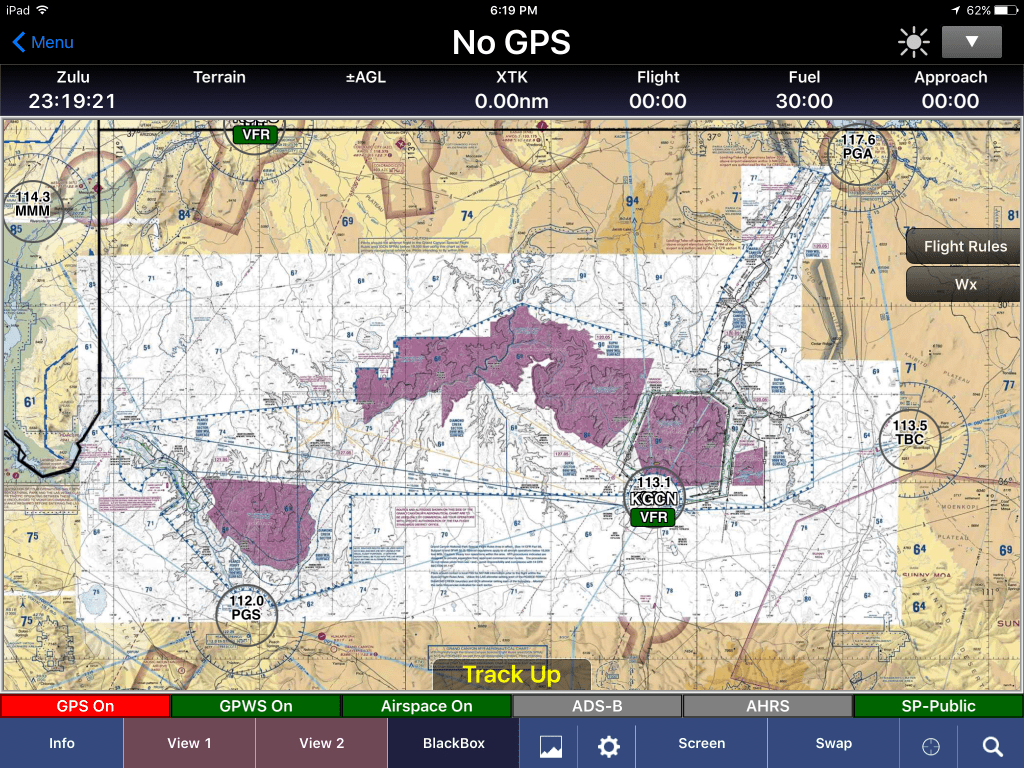 Another new feature allows you to display terrain as an “underlay” beneath IFR enroute charts. This adds some basic color shading to the IFR enroute charts, replacing the default solid white background. This allows you to more easily identify coastlines when flying near the ocean when relying on these charts for IFR navigation. 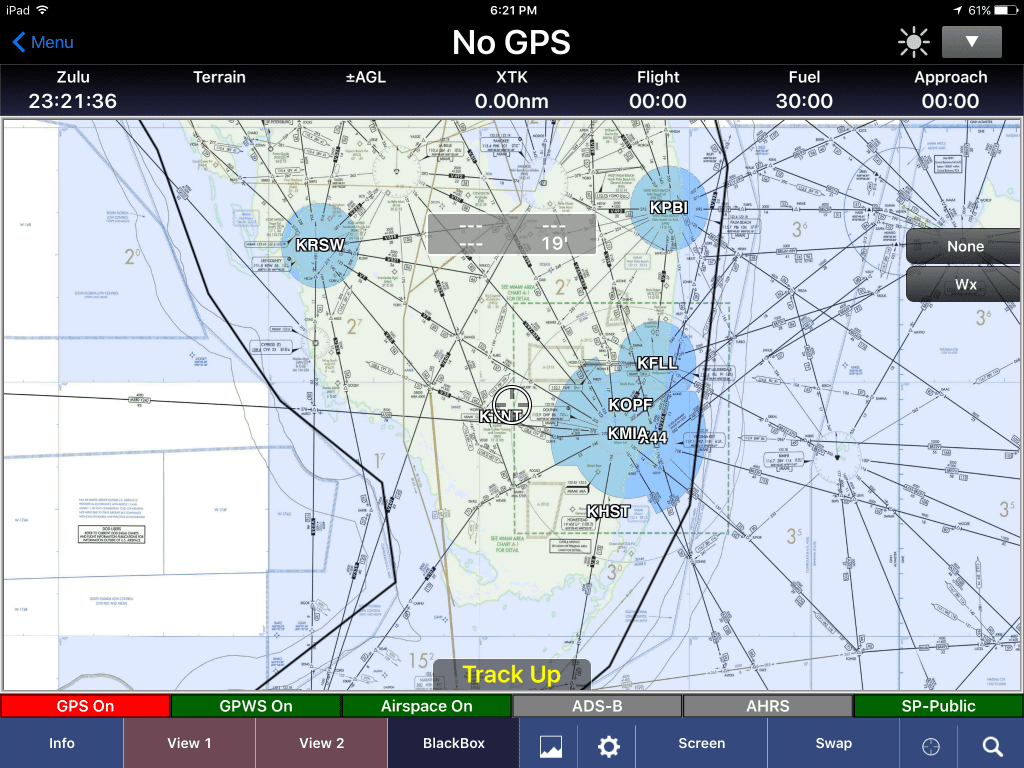 The latest version of the app supports the new Dual XGPS 190 ADS-B receiver. This upgraded model from Dual builds on the features of the XGPS 170 and adds a dual-band traffic receiver (both 978 and 1090 MHz), along with an integrated Attitude Heading Reference System (AHRS).

The addition of the 1090 MHz band allows the app/receiver combo to show the location of other aircraft with a 1090 MHz ADS-B out transponder, which is useful when flying near busy airline airports or up in the flight levels. The integrated AHRS in the Dual XGPS 190 provides the attitude and synthetic vision display with realistic pitch and bank information in WingX Pro.

You can check out WingX Pro7 here in the app store.

Control your GoPro camera with an Apple Watch