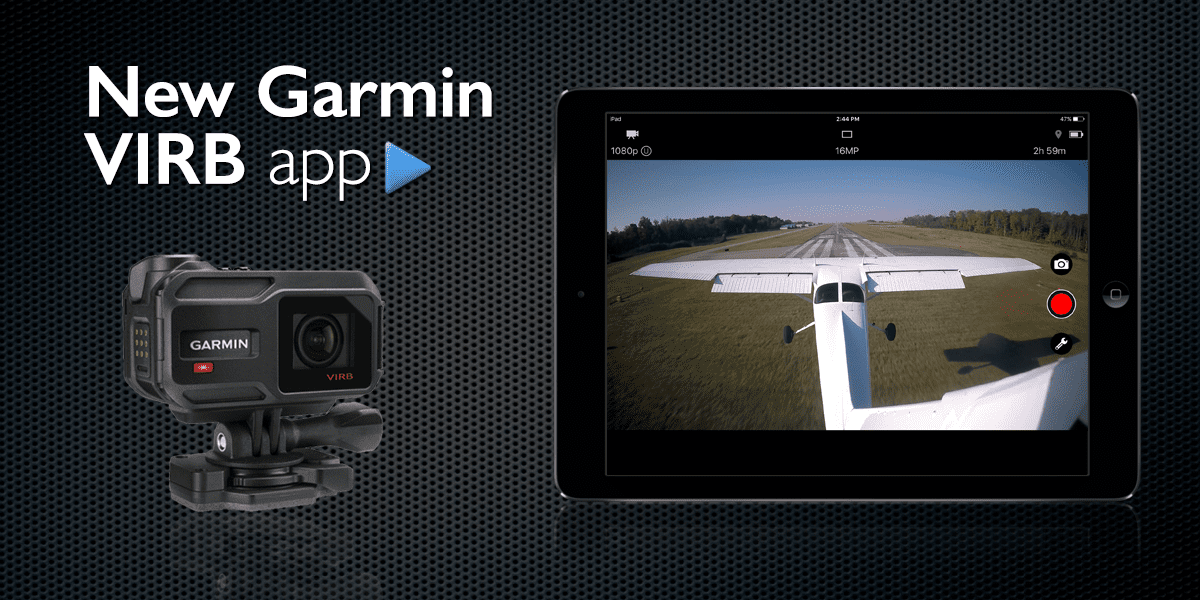 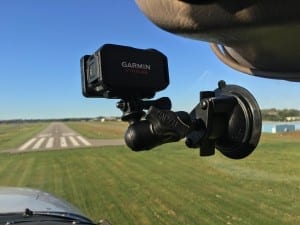 The new Garmin VIRB XE improves on the original VIRB elite with a smaller form-factor and records at higher resolution.

For many pilots, a small action-camera is considered required equipment when flying, providing the opportunity to capture stunning HD footage of the sights and sounds from the cockpit. While GoPro was the first on the scene and is probably the most well-known camera among consumers, Garmin is right in the mix offering small action cameras with even more capabilities.

Every small camera on the market captures high-quality HD video, but the Garmin VIRB™ distinguishes itself from the competition by also capturing GPS and sensor-derived flight performance data along with the video. This allows you to view additional metrics like groundspeed, altitude, heading, G-forces and GPS ground track along with video.

Garmin recently released a second-generation camera named the Garmin VIRB XE, building on the success of the original Garmin VIRB Elite. This model was designed with a much smaller form factor and can record video at higher resolutions (up to 1440p) and in slow motion. What really makes cameras like the Garmin VIRB useful is that you can control them from your iPhone or iPad with an app, eliminating the need to fumble with the small buttons and menus on the camera. The app also serves as a wireless viewfinder, allowing you to use the large screen of your iPad to aid in finding the ideal mounting location and to help frame your shot.

The Garmin VIRB app recently received a major overhaul coinciding with the debut of the new VIRB XE camera, adding lots of new features and capabilities when used with the new XE model. 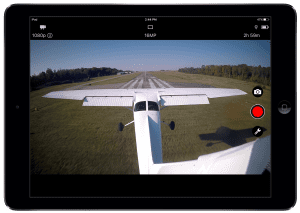 The VIRB app now allows you to view a video preview while recording.

The core capability of the Garmin VIRB app is its ability to serve as a remote control and viewfinder for your camera. After downloading the app, you’ll connect your iPhone or iPad to the VIRB using Wi-Fi (each camera creates its own Wi-Fi network). Then when you open the app, you’ll see what the camera sees with a live viewfinder.

The big improvement in the new app is that it now allows you to view the preview while the camera is recording, which is very helpful in flight. We also noticed that the app accurately shows you a preview based on the field-of-view (FOV) setting you have selected, e.g. wide or ultra-zoom. In the past, it always displayed the wide-angle view, making it difficult to frame shots when shooting with the ultra-zoom (narrow) FOV setting. 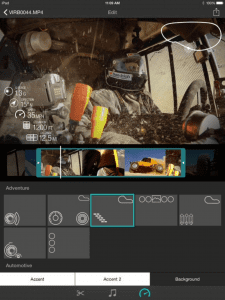 You can add instrument overlays to your video right from app and export the edited video to your iPad.

In addition to being able to fully control your VIRB cameras in flight, the new app allows you to preview and edit your videos when back on the ground from your iPad or iPhone. The Media Library function will display thumbnails of the photos and videos recorded on your VIRB XE.  You can also tap any of them to preview at full size. The videos will also play right from the camera on your iPad’s screen, so you don’t have to spend time copying them from the camera first – a big time-saver.

You can now trim or edit the videos within the app, and add Garmin’s signature flight data overlays on the video just like when using the VIRB Edit software on a PC or Mac. There also are options to add music or change the playback speed of the video. When finished editing, the app will export the video at full resolution and provide options to share or save to your iPad’s Photos app.

The Garmin VIRB app includes a variety of additional enhancements in the recent update including:

It’s important to remember that while the new version of the app works with both the existing Garmin VIRB Elite and new Garmin VIRB XE, several of the new feature like video preview while recording and media library/editing only work with the new XE model.

Just like with the VIRB Elite, the VIRB XE also includes an aviation bundle with important accessories like the prop distortion filter, audio cable for recording ATC, and suction cup mount, making it an excellent camera for in-flight use.

The Garmin VIRB app is available as a free download in the app store.

Tips for flying with the iPad at night