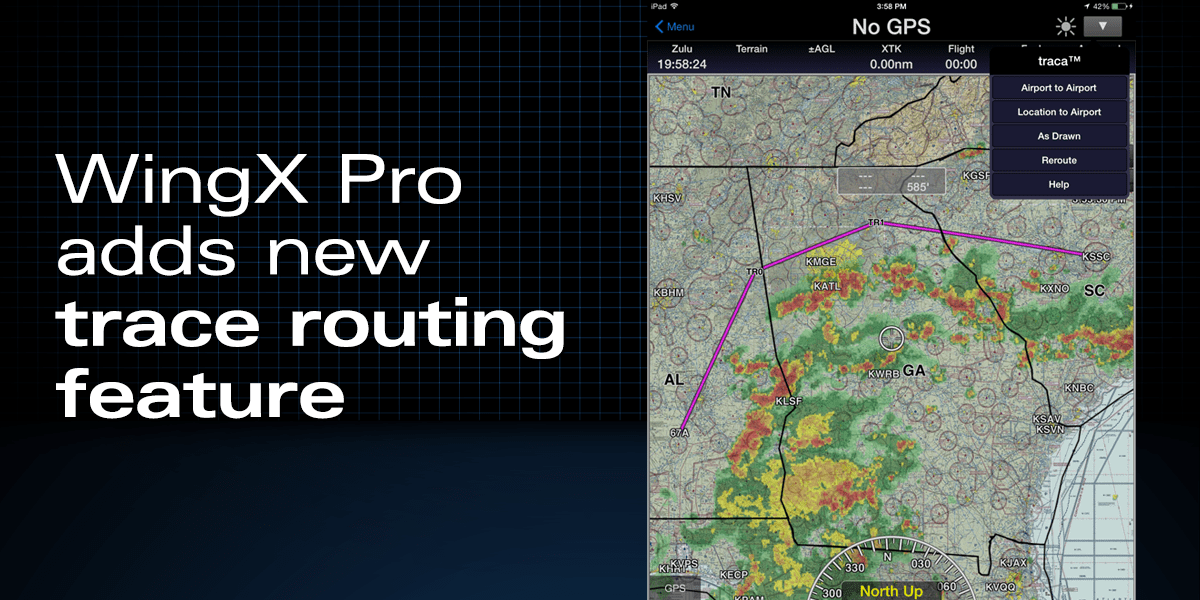 There’s no argument that competition has been a good thing in aviation, and nowhere has it been more evident than in the aviation app industry. The rapid growth in mobile apps has forced developers to rethink and reinvent how pilots accomplish basic tasks like flight planning and view aviation data in the air. WingX Pro has been one of the leading apps in this movement since the iPad hit the market and has released another big update last week continuing this trend. 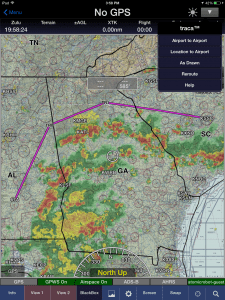 The new trace routing feature is accessed from the menu at the top right of the screen.

WingX Pro version 8.5 introduces a new route planning feature called Traca™, which allows you to trace a route directly on the map with your finger to load. When finished, the app adds the airports and any waypoint coordinates directly in your flight plan. Pilots will find this helpful in quickly drawing routes around restricted airspace, obstacles, terrain or weather. In the air you can also use this feature to plan a re-route around weather – very helpful when flying with ADS-B weather during thunderstorm season.

To use this feature, select the Actions drop-down menu from the arrow in the upper right corner of the screen and select “traca” from the list of options. You’ll then need to select how you intend to use the feature from the menu:

Once an option is selected, the route can be drawn on the moving map. The feature works well, but it would be a nice enhancement if there were an option to have the route “snap” to VORs or intersections as with rubber-band flight planning.

WingX Pro also adds a collection of additional improvements with this update:

The latest version of WingX Pro can be downloaded from the app store here.