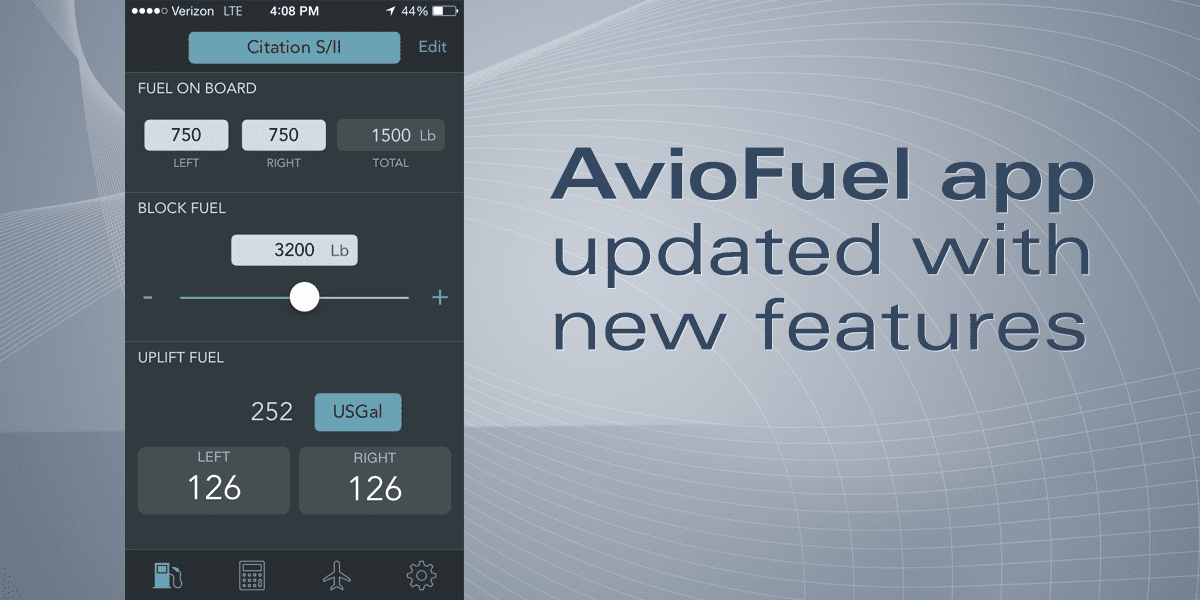 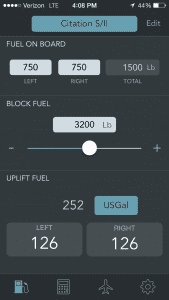 AvioFuel allows turbine pilots to quickly compute how much fuel to order after landing at the FBO.

Pilots flying jets and turboprops have to always keep track of their fuel in 2 separate units of measure–pounds when flying the airplane and referencing fuel gauges, and then gallons when it comes time to place a fuel order with the FBO. While the math to do the conversion is pretty simple (jet fuel weighs approximately 6.7 pounds per gallon), there have been countless cases when a mistake was made with the conversion or the improper amount/unit was relayed to the lineman when placing the order.

An app called AvioFuel has been out for several years now and is great for double-checking your math during these routine calculations. You simply enter the total amount of fuel currently on board the airplane in pounds, add the total fuel requirement for the next flight, and the app then displays the amount in gallons you’ll need to order. It’ll even show you the amount separated by left and right tanks so you can tell the lineman exactly what’s needed on each side.

AvioFuel comes preloaded with profiles for several models of Cessna Citation airplanes and King Airs, but it’s easy to modify one of these to match your particular airplane. It also includes a weight calculator that references your airplane’s zero fuel weight and max takeoff weight to show how much fuel you can safely takeoff with based on the planned payload.

The app recently received a nice facelift a few weeks ago following a big update that improved the interface and usability:

Aviofuel is currently only optimized for iPhone, but will function just fine on when installed on an iPad. It’s available for $1.99 in the App Store: AvioFuel.

iPad screen protector shootout – which one is best for pilots?
Scroll to top