Apple again has split the version numbers for iOS (iPhone) and iPadOS (iPad) after recently releasing iOS 16.1.2 for iPhone only. According to Apple, this update “improves compatibility with wireless carriers and includes Crash Detection optimizations on iPhone 14 and iPhone 14 Pro models.” The latest version of iPadOS remains iPadOS 16.1.1, which has already been tested and OK’d by all the major aviation app and accessory developers.

As with any iOS release, we recommend holding off on updating your app or accessory until the developers have had time to fully test compatibility with the new version. 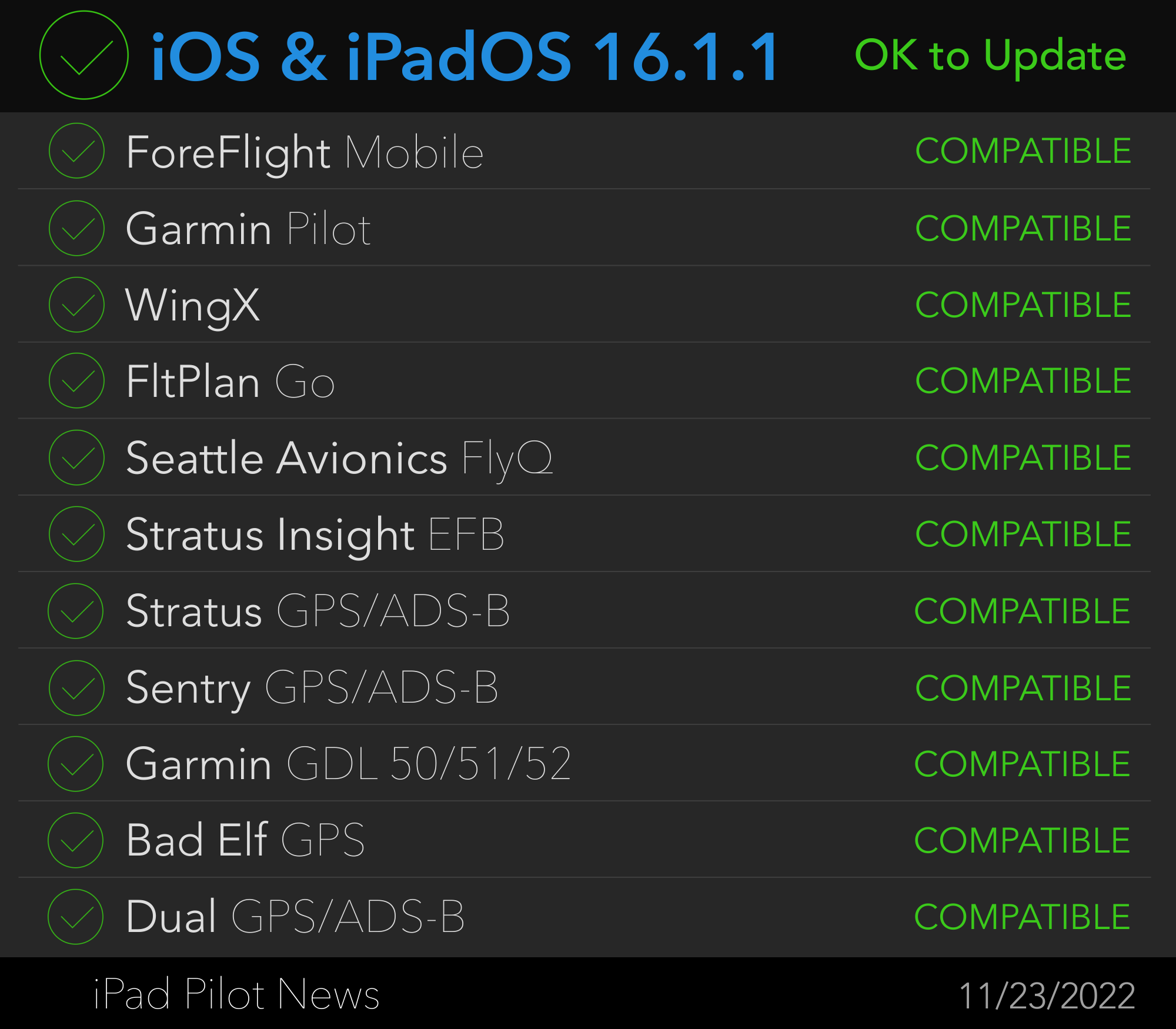 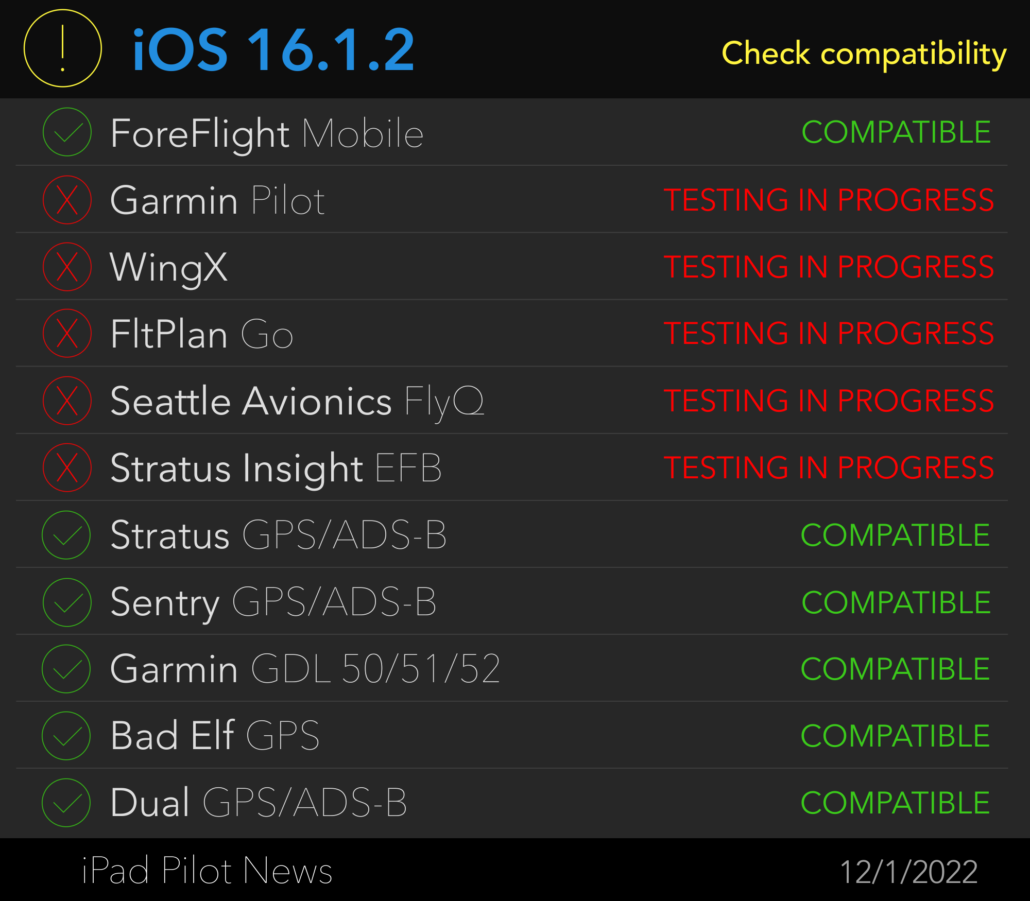 Do I really need to use Airplane Mode on my iPad or iPhone?